It was a lovely day at Kenwood and we were very lucky to have our member John Boshier use his former guiding expertise to give us an informative and amusing tour of the house. 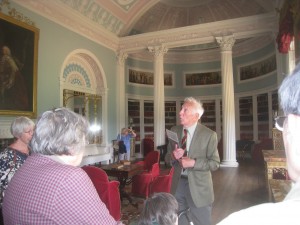 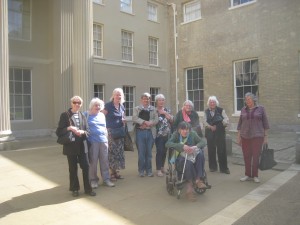 An American tourist and a group from Hampstead Garden Suburb (unfortunately living too far away to encourage them to join our Hornsey group) informally joined our party. We had an enjoyable walk along the terrace heading for tea and some of us managed to catch a buggy ride back to the front of the house.

Our Haringey Community Bus (this time with a lift included) was allowed to drive directly to and from the house front door which was helpful.

The interest in the film Belle (now showing at Muswell Hill Odeon) was supported by a life size copy of the original painting of Dido Belle with her cousin at Kenwood. The original has been sent to Scone in Scotland. In the Orangery costumes from the film were also on display. 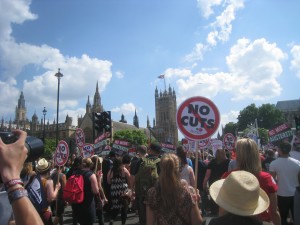 Ann and others were able to attend the Anti- Austerity march of estimated 50 000 last Saturday 21st June. Janet helped carry the National Pensioners Convention banner with Dot Gibson, the General Secretary, and pensioners who had 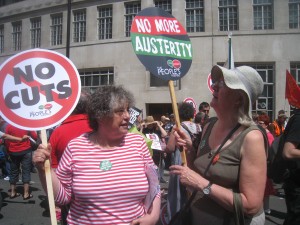 travelled from Liverpool. The march followed a route from Langham Place outside the BBC to Westminster through Regents Street, Picadilly Circus and Trafalgar Square made for a lively audience of shoppers, tourists and theatregoers. 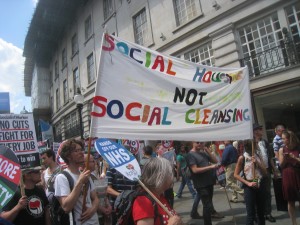 Unfortunately there was little coverage on TV.

Look out for a report of Pensioners’ Parliament by our delegate Barbara Ryan. Barbara took this photo of Janet and Rosie Macgregor carrying the Women’s Working Party banner on the march to the Winter Gardens. 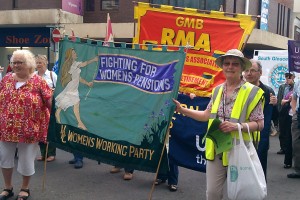 Parliament endorsed the NPC Pensioners Manifesto 2015; we had sent in our ideas for this.At the General Election in 2015 we will call on candidates to support our 5 point manifesto.

Inside the Winter Gardens 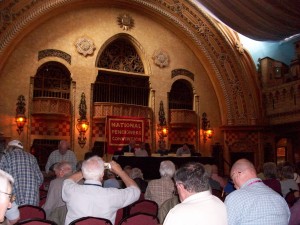 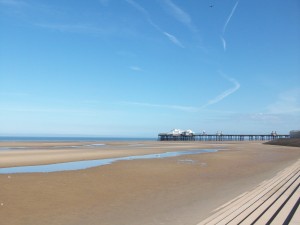 Blackpool beach in the early morning.

Affiliated NPC groups will celebrate Oct 1st in their locality. Let us know your ideas for an event in Haringey to attract the public. We shall highlight the value of older people – the importance of maintaining universal benefits that enable us to continue to give back to society. There will be NPC leaflets.

On June 26th there was a meeting at the Birchwood Centre Hall, Fortis Green Road on the State of the NHS. This was organised by the local Labour Party with speakers Dr Ron Singer, Catherine West (parliamentary candidate) and Haringey cabinet member for Health & Well-being, Peter Morton.

Ward Forums are held in each ward:

Library Review: this is now published. Zoe Robertson has arranged for Friends of local libraries to meet with the Chief Executive and his Strategic Leadership Team on Thursday 3 July at 11am.

NOTE ALL HARINGEY LIBRARIES WILL BE CLOSED ON MONDAY 23RD JUNE to enable essential staff training to take place. Books and other items will be loaned for one day longer and items may still be renewed on-line (libraries.haringey.gov.uk) or by telephoning 0845 071 433. Ask HPAG committee for details of events at local libraries.

Good or bad, Transport for All would like your reports of patient transport in London, who will use this evidence to help convince London’s NHS Trusts that patient transport contracts must put patients’ needs first.

Please contact Transport for All before July 31st on 020 7737 2339 with your experiences. They can post some surveys for your group if needed.